What have you done

What is one arousing sexual fantasy/thing that you've done with your partner? Can be about anything but I'd love to get some ideas!

I can't remember seeing anyone post the humbler on this site. It is a piece wood that attaches around his balls and prevents him from standing. Genius design really. It has straps around his ankles to keep him in a kneeling or humbled position. We saw it in a sex shop and thought it might be fun because I absolutely love to be in control in the bedroom. I LOVE masturbating for him while he is caged or handcuffed behind his back with my furry pink handcuffs but this is some next level shit right here. The first time I put him on his knees in front of the bed and had him pleasure me. Then I slid back and finished things off on my own. I left him restrained in that position while I teased him and watched Netflix for what was to be almost twenty minutes as a punishment for not completing yard work earlier in the day. I don't think this can work with a cage, you need to remove his cage to use the humbler but this is a exciting addition to our toy box. Fun for me at least.You can get it anywhere. Sex shop, amazon. There were some cute ones on etsy. 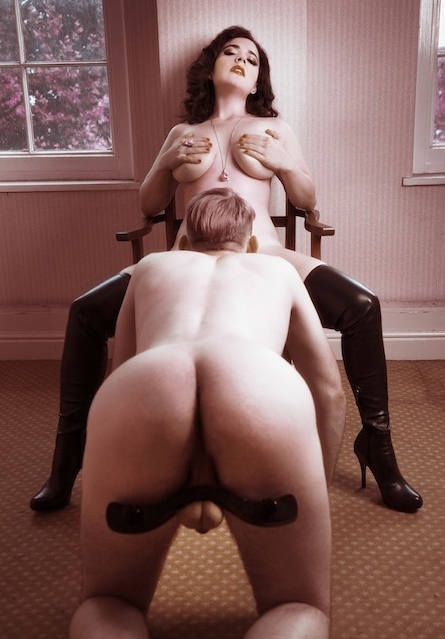 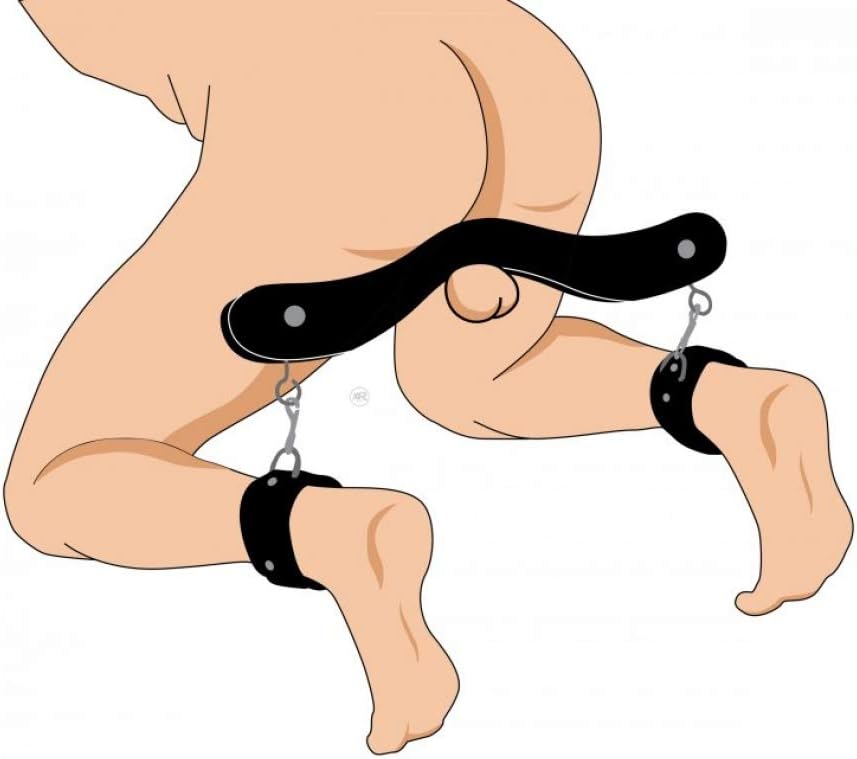 @sundevilish Jesus! You're not fucking around! Mad props to anyone cold enough to dish this out and for anyone man enough to take it.

@tincup Devilish for a reason!

@sundevilish   Never have been put in a humbler and have always wanted to be!

We made up our own sex game. We use different card games depending on our mood and how long we want it to last. Could be hands of cribbage, poker, or blackjack. If you really want to speed things up you could even just use dice. But part of the fun is stopping what you are doing and getting back into the game - delaying gratification and building anticipation.

Level 1: Loser removes an article of clothing, once someone is naked the winner of the round strips and you move to level 2

Level 2: We have a bunch of "light" foreplay ideas written on slips of paper. The winner chooses one out and then gets to pick the position or whatever else depending on the slip. Things like give 10 spanks, make out for 60 seconds, massage the winner for two minutes, etc. Things to get us both aroused but not going too far/too fast.

@j-s love your game. I've wanted to do something similar, but it seems we always just jump to sex.

The thrill of getting caught:
- I like to do things like watch movies at the end of the day in our underwear (children sometimes wake up and come down which makes it more exciting.)
- We had sex in the closet while the children watched a movie, and we were replacing the doors in the house.
- Sex in the car at a park.
Another thing:
- We've tried sleeping naked together a few times, but we've never actually made it to falling asleep ... so it doesn't or does work well (depending on how you look at it.)

I can't remember seeing anyone post the humbler on this site.

I've never even heard of a humbler but I just made Kev order one for us, thank you for sharing!!

I think I'll try locking him up for for twenty or thirty minutes while I flirt over text with one of my boy toys. We are always looking for other fun stuff like this to push boundaries and explore.

I absolutely love your plan, but I kind of feel like Kev is gonna need a hug when that delivery comes in. Please send Kev a bro hug from me.

I've never even heard of a humbler but I just made Kev order one for us, thank you for sharing!!

I think I'll try locking him up for for twenty or thirty minutes while I flirt over text with one of my boy toys. We are always looking for other fun stuff like this to push boundaries and explore.

Love this.  I remember a time, before you evolved (see what I did there?) into a legit Fem Domme, where such a thing as a humbler would cause you to pause, at the very least.  Personally, I love how you have transitioned into the empowered Domme Wife that you are.  For whatever that is worth.

I love how you have transitioned into the empowered Domme Wife that you are.

OK, @evolvingyourman_ivc44j, since @subhubphx has gone ahead and publicly stated the obvious, when are you going to give us your perspective on your evolution to a level 4 FLR?  I am not trying to provoke you or “call you out.” Absolutely not.  I think it is pretty clear that everyone here not only appreciates, but also approves of, the relationship you have built with Kevin.  (As if our opinions even matter, which they don’t).  We admire you and your ability to cut to the truth of a matter.  But facts are facts.

Not too long ago, you wrote:  “I affectionately call what we've got a female led partnership. We are a team, we are Equal but when things are Equal and can't come to a decision we defer to my judgement.”  More recently, you described your relationship as a “fairly vanilla female led marriage.”  You prefer to say “non-monogamy” rather than “cuckoldry.”

We get it. Everyone want to thing of themselves as “moderate,” “reasonable,” and not “extreme.”  We also understand that you want this site to be in inviting to people (women especially) who are just starting or considering their own journeys.  But you are our leader here.  It is obvious to everyone that you are not middle of the road on these things.  @subhinphx is just the first one to note, matter-of-factly, that our leader is a “legit Fem Domme Wife.”

Set aside the loaded words and look at the way you lead your relationship:

You and Kevin didn’t equally choose chastity.  You simply told him it was going to be a reality if he was going to have a relationship with you. He accepted because a world with you in chastity was better than a world without you where he is unlocked.

You just told us, “I have never even heard of a humbler, but I just MADE Kev order one for us” (emphasis added), so you can put him in bondage when you text one of your “boy toys.”

Yeah.  No question.  Our leader is in a level 4 extreme FLR.   Does she make Kev sleep in a dog cage? Does she feminize him and humiliate him in public?  She’s never indicated anything like that.  Are there more extreme FLRs out there?  Oh, for sure.  But does that mean Emma and Kev are not in a level 4 FLR?  No.  Not as most people understand the term.  Maybe “level 4 FLR” is a loaded term in its own right.  Let’s just go with legit Fem Domme Wife.

Does the fact that you have a level 4 FLR mean that Emma doesn’t love her husband?  That is obviously not the case.  She seems to be deliriously in love with him.  Does he feel like a slave rather than an adored husband?  As far as we can tell, he feels like the luckiest man on Earth.

I’ve got absolutely zero blame or judgement here.  I am just saying that for one, I’d love to hear you share your thoughts on your own evolution and how that evolution not only does not prevent you from having a connection to people who are closer to the start of their own journeys but actually enhances your ability to help us make our own ways.  I really don’t care about labels.  My fiancé and I assiduously avoid them, too.  But we have both evolved and we talk about our thoughts on that all the time.

I feel like I should hit “delete” instead of “add reply,” but here goes!